EBONY AND SHATTA WALE COLLABORATION FAILS TO SEE THE LIGHT 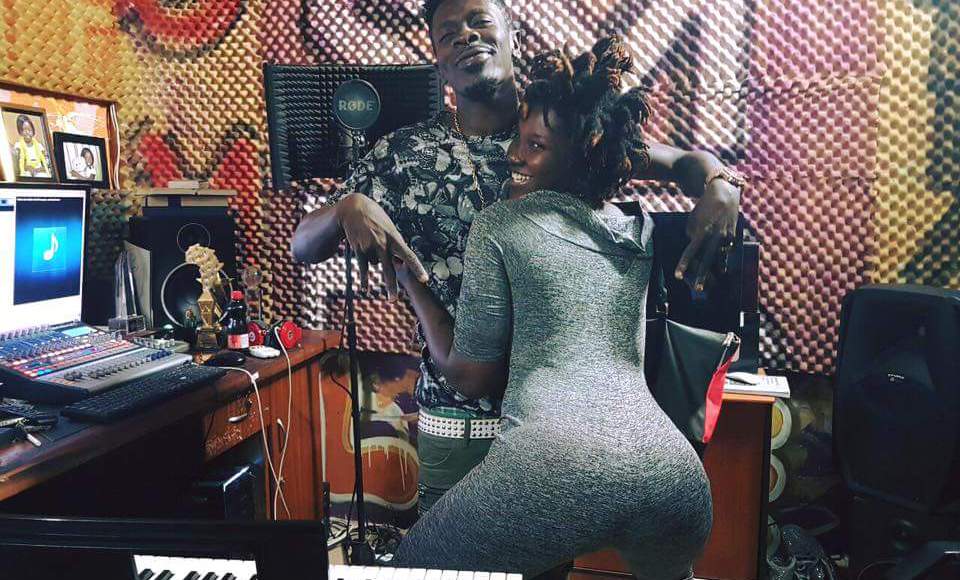 Music fanatics have been waiting for quite some time now for the much anticipated joint between Dancehall royalty, Ebony Reigns and Shatta Wale, ever since photos emerged on social media of them rather busy at a studio earlier in the year.

Takoradi-based Empire FM reports that Ghana’s most anticipated project has been called off. Apparently, the self acclaimed Dancehall king, Shatta Wale, even though had recorded a verse for the song failed to turn up countless times during video shoot sessions for the song, prompting Team Ebony to discard his verse and reinvent her brand new single “Sponsor” as a solo piece.

It is not immediately clear why Shatta Wale kept dragging his feet, but grapevine sources speculated that financial differences may have contributed to this.

Ms. Reigns seems to be developing quite the reputation for her radical decisions after also being in the news recently for sidestepping an agreement to perform at the Takoradi Technical University over ‘unprofessionalism’.